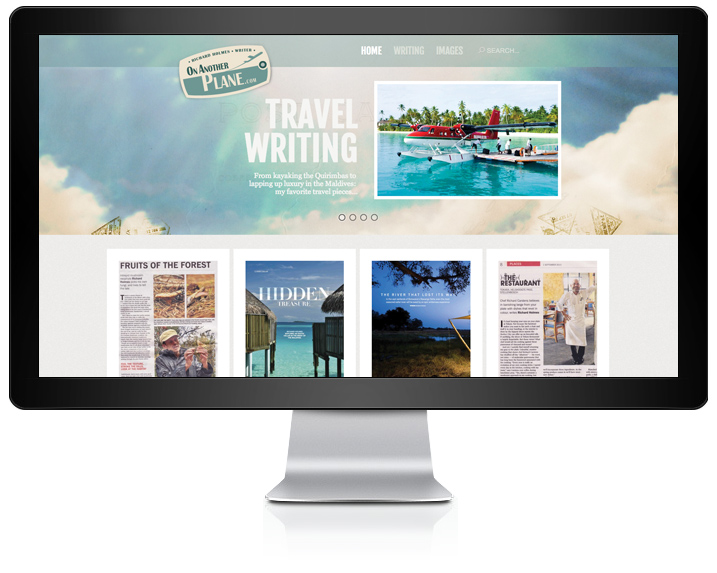 Richard Holmes is a freelance travel, food and lifestyle writer based in the sunny Mother City of Cape Town, South Africa.

Richard’s portfolio site is called OnAnotherPlane and, as the name suggests, it is full of interesting articles and pics that he has taken while jet setting around some of the world’s most beautiful locations.

He needed a logo designed that had a strong connection between his career as a travel writer, his portfolio site’s name and his adventurous and free spirited character. I chose to use an old retro baggage tag from the seventies as the main shape and concept for the logo. It worked out really well with his business cards too as they were di cut to the shape of the tag and even had the little punch hole in them.

Of course, with logo design there is never just one solution that pops up immediately and there were a few options I presented just to get an idea from Richard of what he liked and disliked. These were a few of the quick scamps I showed him at first – you can obviously see which one he liked.

Although I wasn’t involved in the design of the site, I did consult on different font styling as well as created the background imagery, which added to the travel theme by incorporating a grainy blue and fluffy sky with old passport stamps.